Noise, Silence and Your Brain 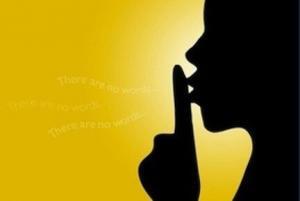 We live in a noisy world that exacts a toll on us, especially on our brains. Studies confirm that, even when sleeping, sound waves activate the amygdala, that part of the brain associated with memory and emotion, leading to the release of stress hormones that can make normal functioning very difficult. Research also shows that, when we experience silence, our brains are able to rebalance our internal and external environments, enabling a return to normal function and overall wellbeing. In other words, silence heals.

Not surprisingly, the word “noise,” comes either from the Latin nausia (disgust, nausea) or noxia (hurt, damage, injury). Excessive and constant noise releases more and more extreme levels of harmful hormones and is linked with high blood pressure, heart disease, tinnitus, lack of sleep. Many people these days identify as extremely sensitive to “noise pollution” and are incapable of functioning in such chaotic environs.

• In 2011 World Health Organization (WHO) concluded that the 340 million inhabitants of Western Europe (close to the U.S.  population) were losing a million years of healthy life every year because of noise. WHO also stated that the root cause of 3,000 deaths from heart disease was due to excessive noise.

•  A study by Gary Evans, Cornell University, published in Psychological Science, analyzed the effects of airport noise on school children in the Munich, Germany airport.  This revealed that the children exposed to noise developed a stress reaction that curiously caused them to ignore the noise. The children ignored both the harmful noise of the airport, as well as other more ordinary noises, including speech. Professor Evans’s conclusion: “This study is among the strongest, probably the most definitive proof that noise — even at levels that do not produce any hearing damage — cause stress and is harmful to humans.”

Research into silence actually began by accident. Initially, scientists used silence as a control or baseline to compare the effects of noise or music on subjects. In 2006, when a physician, Luciano Bernardi, was studying the physiological effects of noise and music on the brain, he made a surprising discovery. He observed that, when the subjects were exposed to random stretches of silence in between the noise and music, they experienced a powerful consequence: the 2 minute pauses were far more relaxing for the brain than was even the relaxing music or the longer silence before the beginning of the experiment. To Bernardi, the “inconsequential” silent pauses were the most important factor in the study.

• Subsequent research by Mike Kirste, a Duke University regenerative biologist, found that 2 hours of silence per day stimulated cell development in the hippocampus, the region of the brain associated  with the formation of memory, emotional responses and spatial awareness. The hippocampus is one of the first regions of the brain to suffer damage in Alzheimer’s Disease, including short-term memory loss and disorientation.

• This led to Attention Restoration Theory, the concept that when you’re in an environment with lower levels of sensory input, the brain is able to ‘recover’ some of its innate cognitive abilities. The reasoning is that in today’s digital world, our brains have less time to switch off — we are constantly processing huge amounts of information. Studies show that these constant attention demands place a lot of stress on our prefrontal cortex, the part of the brain responsible for decision making, problem solving, and more. Spending time alone in silence, allows our brains to relax and release this constant stress. Scientists also learned that silence helps new cells to differentiate Lino neurons and integrate into the system so that, when we experience silence, our brains are able to work better at understanding our inner and outer selves. In other words, we can make sense of our lives, gain perspective and enjoy a sense of overall wellness.

Perpetual, excessive noise robs us of our concentration, our powers of thinking. It weakens motivation and brain functioning. But spending time in silence amazingly restores that which is lost by exposure to immoderate noise. Noise creates stress; silence relieves stress and tension in the brain and body. Noise repletes; silence replenishes.

Ancient spiritual masters knew this, of course. Now, better late than never, science is saying the same thing. How simple, yet profound that the perfect antidote to our crazy, complex modern world is the ancient practice of silence.

Silence is an empty space. Space is the home of the awakened mind.
— Buddha

You haven’t partied until you’ve partied at dawn in complete silence with Buddhist monks.
— Cameron Diaz