Cell Phones and Your Brain – Handle With Care! 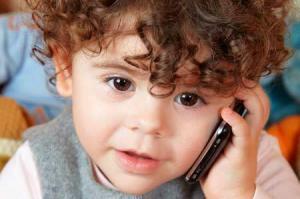 Do wireless phones present a health risk? Commercials for cell phones that fill our airwaves, newspapers and magazines routinely feature young children happily chatting with their phones held smack up against their bodies and brains, and iPads plopped directly over young gonads. Headlines have repeatedly assured us that there’s little to worry about because we do not face an epidemic of brain cancer…yet. In fact, the brain cancer story remains complex, because the disease has a long latency – up to four decades – and because past uses and users differ radically from current ones.

According to cell phone industry statements, the overwhelming majority of published studies in scientific journals around the world show that wireless phones do not pose a risk. However, when one removes the industry-funded studies, the overwhelming weight of evidence reveals there is a significant problem. There are over 1,000 peer reviewed published papers showing harmful biological effects from the microwave radiation exposure such as that from cell phones and children are at the greatest risk.

According to Devra Davis, Ph.D, epidemiologist and author of Disconnect: The Truth About Cell Phone Radiation, What the Industry Has Done to Hide It, and How to Protect Your Family:

“A cell phone is a two-way microwave radio with intermittent and destabilizing pulses, unlike microwave ovens that steadily operate at the same frequencies at much greater power. The weak and erratic microwave radiation from cell phones and tablets cannot directly break the bonds that hold molecules together, but it does disrupt DNA, weaken the brain’s protective barrier, and release highly reactive and damaging free radicals.

“A five-year-old’s brain, healthy or otherwise, is encased in a thinner skull and contains more fluid than an adult brain. According to studies carried out by industry modelers in Switzerland and France, the bone marrow of a child’s head absorbs 10 times more radiation than that of an adult, while that of infants and toddlers will absorb even more. Few parents realize that infant apps such as One Fish Two Fish, Peekaboo Farm, and Twinkle Twinkle Little Star may do much more than amuse and distract babies. The American Academy of Pediatrics cautions that children need more real face-time than screen time-more laps than apps-and the group has written to the FCC supporting the need to revamp standards to recognize the growing use of these devices by infants and toddlers.”

Is there a cover up? Cell phones, like Apple’s iphone 5 used to come with inserts advising safe cell phone use. Now you have to go online to read a product safety notice which states simply: “iPhone has been tested and meets applicable limits for Radio Frequency (RF) exposure.” Evidence on cell phone dangers is considered inconclusive by government agencies which insist upon undeniable proof of harm before taking any action – all the more difficult given pressure from the powerful telecom industry, supported by a public which has become increasingly dependent on its products. But like other carcinogens (e.g. smoking cigarettes), undeniable proof may not be available for decades. Nevertheless, a growing body of scientists think the writing is on the wall. Consider these facts:

When it comes to using electronic devices, err on the side of caution and follow these guidelines: