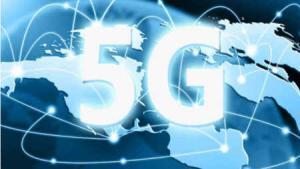 We all love “the latest thing.” But when it comes to dazzling innovations in wireless technology, is there such a “thing” as too much speed, coverage and responsiveness for our own good?

The tech world is agog with 5G, the fifth generation cellular technology after 4G, just busting to rollout before 2020. Perhaps you’ve heard the hyperventilation: “…the biggest, best technological leap ever in the history of ________ (fill in the blank: telecommunications, mankind, the universe)! We’re talking 10 to 100 times or more faster than today’s typical cellular connection and capable of supporting at least 100 billion devices.

But not so fast! What about the health risks of this massive increase in involuntary microwave radiation exposure that 5G would bring about, as well as threats to our privacy, property values and local control?

Mobile networks began with first-generation (1G) analogue service in the 1980s. In the early 1990s, 2G came in with digital, 3G increased capacity and speed in the early 2000s. 4G arrived in 2010 with dramatically faster service, geared more for data than voice, enabling cell phone users to stream video and music content galore. However, this only increased consumer demand for more applications, like virtual reality and videoconferencing, and billions more devices and connections that are now stretching the limits of the lower radio frequency (RF) spectrum.

Enter 5G. The Federal Communications Commission (FCC) has allocated a high-frequency spectrum using millimeter waves (MMWs) for the next wireless generation (between 30 GHz and 300 GHz), capable of transmitting vast amounts of data within a short period of time. This could cut download of a movie to seconds, or enable driverless cars and industrial equipment to exchange short bursts of data at blinding speed. But here’s the rub: the higher the frequency, the shorter the waves, i.e., high frequency MMWs have much shorter transmission ranges than on the current 4G. While 4G uses 90 foot cell towers with about 12 antenna ports on each, 5G will require an incredibly dense network of millions of RF antennas, placed in close proximity at low levels in towns and cities across the country, resulting in continuous inescapable radiation exposure to all living things – humans, animals, plants.

And who decides where these RF antennas will go? Technology infrastructure installation has typically been regulated by individual municipalities – “home rule.” But because antennae for 5G will have to be located literally everywhere in common space – on utility poles, streetlights, in arenas, parks, college campuses, etc., – the telecom industry is seeking to streamline the process by lobbying states to pass provisions overriding local control, granting company’s authority to install antennas wherever deemed expedient. So, if you don’t want that microwave-emitting antenna outside your door, too bad. Thus far, about 13 states have signed on.

Thousands of published studies over the last 50 years have established indisputable evidence of harmful health effects from exposure to microwave/RF radiation. 5G would likely exacerbate this exponentially. Many scientists are saying “whoa” – if 5G WiFi becomes the standard in the public space, everyone – regardless of their cell phone use – will be affected, including those more vulnerable members, e.g., babies, pregnant women, elderly, sick and individuals with implanted electrical devices, cardiac and neurological problems.

The full range of adverse health effects of 5G are unknown because the technology is still in preliminary stages and definitive studies have not been done. However, based on established research findings with lower spectrum microwave radiation, we know enough to be very concerned. Here are some examples:

Over 180 scientists and doctors from 335 countries have called for a temporary ban on the roll-out of 5G technology until the potential dangers to health and the environment have been fully evaluated by scientists NOT associated with the telecommunication industry. They claim that the proposed flooding of the planet with microwave radiation is a violation of human rights and basic ethics.

What Should Concerned Citizens Do?

At this point in time, telecom companies and FCC are salivating over the financial and technological prospects of 5G. (Note the rhetoric of T-Mobile and Sprint pushing their recently proposed mega-merger as the way to bring about a quicker 5G reality.) Very little, if anything, is being said by these companies or in the media about the possible detrimental health concerns.

Are we really ready to jump off the cliff into a potentially far more dangerous technological era? Have other, safer ways for expanding connectivity been explored? Some have suggested an alternative using underground Fiber Optic Broadband Technology. Others have even called for return to hard-wired tech, landline, corded, wired Internet connections.

Shouldn’t “the precautionary principle” apply – the concept that the introduction of a new product or process whose ultimate effects are disputed or unknown should be resisted?

Let’s not be so quick to jump on the hi-frequency bandwagon (pun intended)! Tell your Congressional and State Representatives to slow down and address the safety issue head on. Let your cable or telecom company know that you are not comfortable with being irradiated by the constant, ubiquitous bombardment that 5G would demand. Check the status of 5G in your state as telecoms lobby for control. Ask yourself, with so much unknown, is the convenience and the thrill of instant connectivity worth the risk?

Video: Parents for Safe TechnologyVideo: TelecomPowerGrab.org5G Fact SheetMicrowave Radiation Coming to a Lampost Near You” – Weston A. Price FoundationCitizens Up in Arms Against 5G Wireless Technology Roll-Out: Are Their Concerns Justified?