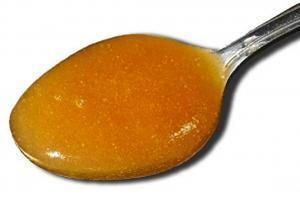 Honey has been coveted for food and medicine down through the ages. Over 300 types exist on the planet and manuka is the best of the best — and currently enjoying a boom in worldwide popularity. There is, however, a downside. The explosion in demand has led some manufacturers to engage in shady dealing. According to the UK Independent,approximately 83% of manuka honey on the 2014 global market was fake, a percentage most likely larger today.

What is manuka honey?

The manuka tree (Leptospermum scoparium) is a shrub-like plant native to Australia, but also growing widely in New Zealand. The bees that feed primarily on the pollen from this tree produce manuka honey

So what’s so special about it? For several centuries it’s been known the manuka tree contains unique beneficial compounds that, when collected by bees and converted into honey, become super potent medicine. These compounds were first laboratory tested in the mid-1980s and found to act effectively against a wide range of different bacterial species. Continued research clearly showed that even low concentrations of the honey destroy bacterial pathogens, but the active ingredient responsible for this effect was not known

Finally, in 2008, it was discovered that large amounts of methylglyoxal or MGO is the antibacterial component that makes manuka honey medicinally superior to all other types of honey. Most varieties of honey contain small quantities of MGO, but manuka has by far the most, though amounts vary in different batches.

How to find authentic manuka honey? Understand the label.

There are several competing grading systems for manuka honey used by different companies. Here are the two main ones:

UMF (Unique Manuka Factor). This system rates manuka on a range of 10-25 listed on the label. UMF was developed by the UMF Honey Association in New Zealand which grants UMF licenses only to manuka honey producers who meet their standards. A UMF score of 10+ is considered strong enough for medicinal use.

There are many other rating systems found on manuka products, including TA (total activity), Active, Bio-Active, AAH (Airborne Active Honey) with numbers like 15+, 20+, even 70+. These brands are best avoided — often given to fake manuka blends and not an accurate measure of therapeutic amounts of antimicrobial properties.

Which system is better?

“FDA Says: Drinking This Natural Food is a Crime” by Dr. Mercola

Previous Post: « What About the Paleo Diet?
Next Post: Which Potato Would You Eat? A Third-Grader’s Experiment »