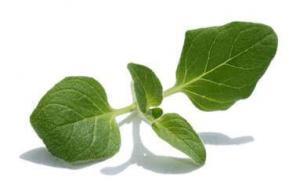 Oregano, Greek for “joy of the mountain,” is so much more than a pizza seasoning! The herb was virtually unheard of in the U.S. until soldiers came back from Italian World War II assignments raving about it. But Hippocrates, “father of medicine,” was onto its antiseptic properties way back in ancient Greece, using it to treat digestive and respiratory diseases. The Romans favored oregano for stimulating hair growth, while the Turks found it useful for pain relief from tooth decay, as an antiseptic for wounds, and a remedy for all kinds of inflammation – psoriasis, tonsillitis, inflamed gums, to name just a few.

This medicinal herb is a nutrient powerhouse, containing vitamins A, C, E and K, along with fiber, folate, iron, magnesium, vitamin B6, calcium and potassium. It’s also loaded with phytochemicals, the full health benefits of which are just beginning to be understood by modern science. Multitudes of studies have uncovered the effectiveness of oregano for a wide range of conditions, from fighting intestinal and vaginal infections, parasites, food poisoning, calming colitis, treating colon cancer, Alzheimer’s and much more.

Intestinal infection.Microbial disturbances in the gut are now known to cause or complicate many conditions throughout the body. The major components of oregano oil – carvacol and thymol – are powerfully antibacterial, antiviral, anti-fungal and anti-parasitic.

Parasites. Intestinal parasites can cause symptoms like chronic diarrhea, bloating, gas, constipation, bloody stools, as well as fever and general fatigue. Anti-parasite medications don’t always work and can have side-effects, so many doctors have found oregano oil to be an effective alternative.

Food poisoning. Research has shown that compounds in oregano can kill many of the bacteria implicated in food poisoning, such as E. coli, Salmonella, Listeria, and Shigella. In a US Dept. of Agriculture study oregano outperformed garlic and allspice in stopping the spread of these microbes.

Colitis. Slovakian scientists found that a combination of oregano and thyme reduced inflammation in the colons of animals with chemically induced colitis, a type of inflammatory bowel disease (IBD) that affects over a million Americans.

Liver health. Animal studies show that oregano oil can strengthen and heal the liver which is very good news for tens of millions of Americans with non-alcoholic fatty liver disease, hepatitis C, cirrhosis, and other liver diseases.

Vaginal infection. A vaginal yeast infection (vulvovaginal candiasis) affects 3 out of 4 women once in their life and 5-8% have recurrent infections, sometimes 4-5 times a year.The yeast-like fungus Candida albicans brings unpleasant symptoms like itching and pain, as well as fatigue, headache, digestive upset. The ultimate cause is usually an unbalanced diet, especially too much refined sugars, but for the immediate treatment, oregano oil has been found to “completely inhibit” the growth of the fungus. Researchers discovered that it worked as well as powerful anti-fungal antibiotics like nystatin. Researchers in Molecular and Clinical Biochemistry concluded: “Daily oral administration of origanum oil may be highly effective in the prevention and treatment of candidiasis.”

Upper respiratory infections. A spray containing aromatic essential oils from five plants, including oregano, was found to significantly relieve symptoms “immediately” in those with upper respiratory infections. Oregano oil can be very useful for cold or flu. Phytochemicals in oregano encourage sweat production as a way of detox, so ingesting it may help the body get rid of unwanted mucous in the lungs. To relieve congestion of sinus infection or colds, simply put a few drops of oregano oil in a pot of steaming water. Carefully inhale the steam, being careful not to get burned.

Staph infections. Researchers at Georgetown University Medical Center found oregano oil was “the most potent” killer of Staphylococcus aureas, among several compounds tested. Their conclusion: oregano oil “may prove to be useful” for the prevention and therapy of S. aureas infections.

Colon cancer. The Mediterranean, where oregano is widely and generously used, is associated with low risk of colon cancer. In test tube studies, oregano extract mixed with colon cancer cells resulted in “oregano-triggered death” of the cancer cells. Additional studies are finding that oregano can slow or kill cancers of the lung, blood, uterus, prostate, breast, skin.

Alzheimer’s. When researchers tested 139 herbs and spices for their ability to boost the brain chemical acetylcholine – the same action as drugs that slow Alzheimer’s progression – only an extract of oregano was as “potent” as the drugs.

Age spots. Taiwanese researchers discovered that a compound in oregano can reverse the “hyperpigmentation” that causes age spots (solar lentigos), as reported in Journal of Dermatological Science.

Antioxidants for immune system support. Oregano has one of the highest antioxidant activity ratings – 42 times the antioxidant punch of apples. In fact, it may be an even better source of dietary antioxidants than many other food groups such as fruits, berries, cereals and vegetables.

Anti-inflammatory. Oregano contains E-BCP, a substance that inhibits inflammation and may also be beneficial for conditions like osteoporosis.

Mouth rinse. Instead of chemical-based mouthwash like Listerine, place a drop of oregano essential oil in about 1/2 cup water. Swirl around small amounts as you would mouthwash. (Don’t swallow)

Connoisseurs say the best oregano comes from Turkey, though it is widely cultivated in the U.S. and around the world. A specialty retailer will know the country of origin. You can buy oregano fresh, dried or ground. Dried is preferred over ground because it’s more flavorful. It keeps for about a year in a dark, dry place in an airtight container.

The pungent taste of oregano comes from it oils, carvacrol and thymol, which vary in strength depending on where the plant was grown. The strongest, and therefore most potent medicinally, is from Turkey, making U.S. oregano taste quite delicate in comparison.

Chefs prefer dried herb to fresh because its flavor is more intense. You can intensify the flavor of fresh oregano, however, by rubbing the leaves between your palms before dropping it into the dish. Oregano goes with just about everything, though it “weds” best with strong flavors, like garlic, tomato-based dishes, rich meat and game, chilies, salsas, etc. A few suggestions:

Healing Spices: How to Use 50 Everyday and Exotic Spices to Boost Health and Beat Disease by Bharat B. Aggawal, PhD
“What Are the Benefits of Oregano?” by Dr. Mercola

Previous Post: « Onion Power: What Makes You Weep Can Get You Well!
Next Post: Pomegranate — Nature’s Medicine Cabinet »