Will the New GMO Apple a Day Keep the Doctor Away? 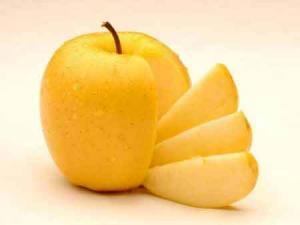 Heads up: a new kind of apple could soon be on supermarket shelves near you. It’s the GMO “Artic” Apple, owned by Intrexon, the company that brought us the GMO salmon and GMO mosquito, with peaches, cherries, pears and more in the pipeline. The apples, expected to be approved by U.S. Department of Agriculture later this year, will carry a label that says “Arctic,” but, thanks to a labeling obfuscation bill passed last year by Congress, nowhere on the product will there appear the letters “GMO.”

Friends of the Earth (FOE) has identified 10 stores in the Midwest currently consumer-testing packages of the sliced GMO apple. In other words, they are using people as GMO apple guinea pigs. The “Arctic” is the result of an experimental, unregulated technique called RNA interference that blocks genes related to enzymes that cause an apple to brown when cut. Scientists have warned that this genetic manipulation poses health risks as the manipulated RNA gets into digestive systems and bloodstreams and can lead to negative consequences. The new apple will also be drenched in toxic pesticide residues, also untested by FDA and unlabeled. In short, the “Arctic” apple may not taste great, but it will look eternally fresh! It will also likely be cheaper than “old-fashioned” traditional or organic varieties because of its mass production and longer shelf life, threatening the livelihood of small apple farmers.

Browning of apples, a natural sign of freshness, can easily be prevented by applying lemon juice or other natural sources of vitamin C. The “Arctic” apple benefits no one except Intrexon. We need to let stores know that we don’t want it! Organic Consumers Association (OCA) has a petition to be delivered to food stores, including CEOs of large chains, like Costco, Albertons, Safeway, Trader Joes, Target and Walmart, asking them to commit to keeping GMO apples off their shelves or risk loosing customers. MacDonald’s, Wendy’s and Gerber have already said “no” to GMO apples.

Please sign the petition and tell your family and friends to be wary of the “Arctic” Apple! Let’s take a big bite out of the GMO revolution now!

Fructose – More Than a Little Is Too Much
Next Post: “Health Nuts” vs. “Normals”? »

For a limited time all books will now be 25% off, no minimum purchase required. If you would like a free DVD of our film Rethinking Cancer, simply put in the promo code FREEDVD at check-out.