Cannabis — The New “It” Plant 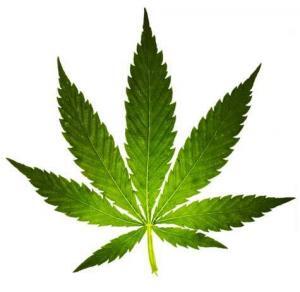 It’s not surprising that a plant, used for over 10,000 years for healing a wide variety of ailments, is just now being seriously studied by the conventional medical community. Studies are costly and huge profits are generally not expected from marketing a whole natural plant (not to mention, plenty of push-back from Big Pharma, which views such plants as big competition for their synthetic drugs). The real surprise is that this new hot botanical is cannabis, otherwise known as ” marijuana,” “weed,” “grass,” “pot,”  etc., the colorful and controversial source of the psychedelic “high” that figured so prominently in the ‘60’s and beyond.

Times are a-changing, largely because the mounting evidence of benefits coupled with public wariness of pharmaceutical drugs, is just too powerful to ignore. Today, 23 states plus Washington, D.C., have legalized marijuana for medical use (with varying restrictions) in a panoply of conditions like PTSD, cancer, seizure disorders, MS, Parkinson’s, pain and insomnia, and more.

This is the good news. For some, the bad news may be that the most medicinally potent strains of cannabis do not contain enough of those active constituents needed to produce the typical “high” associated with the plant. Medical marijuana derives its power from a different mix of components.

Cannabinoids are the general category for the active chemical components in the plant. There are several sub-classes — two of which are THC (tetrahydrocannabinois) and CBD (cannabidiols). CBDs are the most prevalent and medicinally potent because they interact with specific receptors in our cell membranes helping to balance pretty much every biological function in the body. THCs are the most psychoactive sub-class, producing the “high,” which is why many marijuana plants have been bred over the years to produce ever-increasing amounts of THC. THC can be useful in stimulating appetite and offsetting symptoms of chemo, but in high amounts can also be de-stabilizing, increasing anxiety, even psychosis.

The focus now in medical cannabis is to create strains of the plant low in THC and very rich in CBDs — in other words, restoring the plant more to its original design before all the breeding for the psychedelically inclined.

Many may be appalled by the increasing use of cannabis for health problems. We’ve been indoctrinated to view it as a dangerous gateway drug, but it’s important to realize, prescription drugs have far greater potential to lead users astray, e.g., addiction, severe side effects, huge financial burdens, etc. Medical cannabis, high in CBDs and relatively low in THC, is nontoxic and does not have the negative side effects of drugs. Moreover, overdosing is not an issue: body receptors will simply not absorb more beyond a certain point. However, overuse or abuse of cannabis high in THCs — the type typically used recreationally — can lead to dependency, as well as memory and emotional problems.

Studies are just getting underway, so those interested in using cannabis (who live in a state that has approved it in whatever limited form) would be wise to find a practitioner experienced in medical use of the whole plant. There are many variables to consider. What’s important is not just the amount of CBDs in the variety, but how long the leaves stayed on the vine before being picked — the longer, the more sedative effect. Also, the correct dose can be tricky to determine. Pharmaceutical drug doses are figured in milligrams according to body weight.  For CBD dosage, body size is not the deciding factor. Rather, it depends more on the condition being treated and can be a matter of trial and error.

The method of intake is also key. Simply rolling a joint is not the best input technique. When smoked, inhaled, vaporized, the effects are quick, but short lasting. Getting CBDs in edible form takes up to 2 hours to kick in, but, when the correct dose is found, a once-a-day effective dose can be achieved.

Though the situation appears to be rapidly changing, research has been held up because of the iffy legal status of cannabis in many areas. Here’s just a sampling of research findings to date, as well as information derived from documented accounts of patients and doctors. No one should be expecting miracles, but, in many cases, there have been very dramatic results. Cannabis has been shown to work when other medications fail, so not only is it generally safer than prescription drugs, but such preparations tend to provide greater efficacy.

Cancer. Lab experiments have suggested than CBDs from cannabis have anti-carcinogenic and anti-tumor effects, particularly on breast and lung cancer cells, but also observed on brain, thyroid, colon, pituitary, melanoma and leukemia cancer cells. Doctors have reported that tumors disappear in some patients using no other therapy except taking 40-60 mg CBD/day and that it is not uncommon for tumors to shrink, perhaps reappear, then disappear without metastasis. As of Nov. 2013, no clinical trials on the use of cannabis to treat cancer have been completed, but research is ongoing. A study published in Journal of the American Medical Association, found that marijuana may help reverse the carcinogenic effects of tobacco and improve lung health.

According to Cancer Research UK, there is no “solid” proof that cannabis cures cancer, despite claims on the Internet. We at FACT agree that cannabis is not a “Magic Bullet” for cancer, but suggest that it might be used as part of comprehensive healing Biorepair-type program.

Seizure disorders. There are many documented cases on the use of cannabis with babies and young children. Children with epilepsy often find rapid relief using cannabis oil: about 25% experience significant reduction in seizures within days or weeks. Especially promising, cannabis enables the discontinued use of prescribed anti-seizure meds, the usual treatment, which has lead to increased death rate for children, as well as severe toxicities to organs. With most meds, the children become unable to function or really to interact because of the sedating effects. Other anti-seizure medications have a side effect of unprovoked rage and behavioral problems. Cannabis rich in CBDs has none of these issues. No toxicities. The main side effect of cannabidoids is sleepiness. As a child gets accustomed to it, that does wear off and the child can be very alert and functional on the cannabis oil once they have worked into the dosing. In terms of safety, cannabis is a choice far superior to pharmaceutical drugs.

Over 100 families have moved to Colorado to access “Charlotte’s Web,” a cannabis strain that, in some epileptic children, seems to dramatically reduce seizures. Taken as an oil, this medicine is high in CBDs and very low in THC. The theory is that CBDs in the plant interact with brain cells to quiet excessive activity that causes the seizures.

Mental disorders, including Post Traumatic Stress Disorder (PTSD), mood disorders, Tourette’s syndrome. Most people experiencing PTSD and other mood disorders are being treated by managing their symptoms with an assortment of pharmaceuticals, e.g., anti-depressants, anti-insomnia, -headache, -indigestion meds, etc., etc. Many complain of feeling like zombies on all the drugs, along with other side effects. It has been shown that a good daily dose of cannabis can take the place of this whole circus of synthetic medications, without side effects and at much lower cost to the healthcare system. The first federally approved clinical study of cannabis for PTSD is now underway.

Multiple sclerosis and other autoimmune issues. A study published in the Canadian Medical Association Journal, suggests marijuana strains with substantial THC may ease the painful muscle contractions occurring in this condition. Sativex, a pharmaceutical version of cannabis, is approved in 25 countries as a treatment for painful muscle spasms arising from MS.

Parkinson’s and other degenerative neurological disorders, dystonia and tremor. Recent research from Israel finds that smoking cannabis significantly reduces pain and tremors and improves sleep for Parkinson’s disease patients, as well as improving fine motor skills. Medical marijuana is legal in Israel for many conditions, so there is much research going on supported by the Israeli government.

Glaucoma. Glaucoma is one of the leading causes of blindness. Scientists have looked at THC’s impact on this disease on the optic nerve and found it can lower eye pressure, but it may also lower blood pressure, which could harm the optic nerve due to a reduced blood supply. THC can also help preserve the nerves, a small study found.

Pain relief. In addition to easing pain of Parkinson’s and MS, cannabis oil applied directly on a tooth can relieve tooth pain. The oil applied on sunburn can heal pain overnight.

Dementia/Alzheimer’s. In rat studies, marijuana helps stave off memory problems and Alzheimer’s-like brain changes. A 2006 study published in the journal Molecular Pharmaceutics, found that THC slows formation of amyloid plaques by blocking the enzyme in the brain that makes them. These plaques are what kill brain cells and cause Alzheimer’s.

Concussion and traumatic brain injury. A recent study in the journal Cerebral Cortex showed that in mice, cannabis lessened the bruising of the brain and helped with healing after a traumatic injury. NFL commissioner Roger Goodell said the league is following the work of Israeli researchers who are exploring cannabis as a potential treatment for traumatic brain injury. In 2003, along with 2 colleagues, Nobel laureate Julius Axelrod, an American, obtained a patent on a cannabis preparation for its anti-inflammatory and neuroprotective properties.

In Sum
It’s estimated that between 85-95% of Americans are in favor of medical marijuana, and, in a 2014 survey, a majority of physicians — 56% — agreed, with support highest among oncologists and hematologists. At this point, however, each of the states that has approved medicinal cannabis has very particular parameters for its use, in many cases a very narrow set of allowable uses and rules for production. The Federal Government, on the other hand, still classifies medical marijuana as an illegal Schedule 1 drug, and restricts research, as well as fair and safe financial services for medical marijuana-related businesses.

So, much remains to be done. Hopefully, as studies proceed and cannabis becomes more widely accepted and available for medical use, there will be more uniform standards and people seeking help will not be forced to relocate or risk criminalization. Stay tuned — it’s quite possible a daily cannabis supplement will play an important role in future medicine!

We at FACT want to emphasize that medicinal cannabis is not a “magic bullet.” If applicable to a particular condition, it should be incorporated into a comprehensive lifestyle program of balanced whole foods diet, detoxification, attention to skeletal and organ integrity, stress management, etc.