Several newsletters ago, we printed an article about the new 5G cellular technology — the incredible hype around it AND the shocking lack of interest by industry and government in the potential dangers it poses to human health and the environment.

Now, at least, someone in government is asking the right questions. In February, at a Senate Commerce Committee meeting, “Winning the Race to 5G and the Next Era Technology Innovation in the United States,” Senator Richard Blumenthal (CT) stated, “I believe that Americans deserve to know what the health effects are….How much money has the industry committed to support independent research?…on the biological effects of this new technology?”

The industry rep replied:“There are no industry backed studies to my knowledge right now.” To which Sen. Blumenthal responded, “so, we are flying blind here on health and safety…We need to know whether the technology can cause cancer and other diseases.”

According to a worldwide consortium of over 200 doctors and scientists, among the many ill-effects likely to occur after the introduction of 5G are increases in blindness, hearing loss, male infertility, skin cancers, thyroid issues, nervous system dysfunction, etc. If you are concerned about the mad rush to 5G — whatever country you may be in — let your elected officials know that the “precautionary principle” must apply. Before 5G can be imposed on us, more independent research is urgently needed to assess the health and safety impacts of this new technology on all living things.

P.S. We greatly appreciate your continued support! View our film, Rethinking Cancer, streaming on iTunes — now with thousands of views worldwide. Check out our books, including the latest, Healing Cancer, loaded with unique and practical information. And, as always, stay connected on Twitter, Facebook and our YouTube channel! 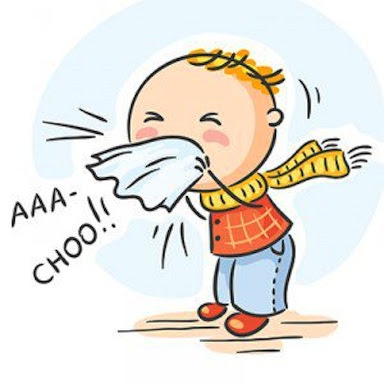 New Cure for the Common Cold — Understand It!

“I’ve never had a cold in my life,” boasted a 75-year-old man.  (Five months after making this statement he was dead with cancer.)  He had adopted a superior attitude toward his wife, who was constantly bothered with colds.  Every winter, and all winter long, she suffered with coughing and sneezing, with dripping nose and stopped up air passages.  She was constantly dosing with cough syrups, “Vicks” salves, steam vapors, and all the patent nostrums in vogue.

To all outward appearances the wife was the sickliest of the two because she manifested illness.  And this is the conclusion that most people would come to — people who consider disease as a life-threatening outside invader to be vanquished or “cured.”  Medical doctors would say that she is lucky — she survived in spite of her constant illness.  But the fact that she outlived her husband by many years and is now hale and strong tells us something.  The colds were good for her! READ MORE

Noise, Silence and Your Brain

We live in a noisy world that exacts a toll on us, especially on our brains. Studies confirm that, even when sleeping, sound waves activate the amygdala, that part of the brain associated with memory and emotion, leading to the release of stress hormones that can make normal functioning very difficult. Research also shows that, when we experience silence, our brains are able to rebalance our internal and external environments, enabling a return to normal function and overall wellbeing. In other words, silence heals. READ MORE

Lavender — Tranquility and Beyond

Our bodies are about 60% water, so it’s important to hydrate throughout the day. However, if your taste buds occasionally need a bit more dazzle than pure, plain water can provide, try infused water. It’s also a pleasant way for soda-aholics, or those addicted to artificially sweetened or high sugar juices, to kick the habit, satisfy thirst and do the body a big favor. And homemade flavored waters can be quite elegant looking, a real guest-impresser.

2.  Wash, and cut up about a palmful of fruit and herbs. Remove citrus peel. Bruise herbs slightly to subtly increase the release of flavor. Softer fruits (e.g. citrus, strawberries) can be sliced fairly thin, halved or quartered. Harder fruits (e.g., apples) should be very thinly cut. Loose herbs or flowers (e.g. lavender buds, rose petals, dried hibiscus) can be put in a tea infuser or cheesecloth.

4.   Before placing in refrigerator, mix up or gently press fruits with the back of a wooden spoon to help release flavors. Allow to steep in the ’fridge for up to 24 hours, depending on how strong you like the flavor.

5.  If you haven’t drunk the water within 24 hours, strain out the solids and refrigerate up to 3 days. Cheers!

Warning: Instead of counting sheep at night, you might find yourself conjuring up new, exotic infused water combos!

This 1977 cartoon, from our F.A.C.T. archives, is by the great Herblock, multiple Pulitzer Prize-winning editorial cartoonist. Unfortunately, now, some 40 years later, the “cancer establishment” is still putting its big money and minds into finding that “miracle” blockbuster drug, instead of seriously addressing root causes.