Here’s some good news from the last U.S. election:

Rejoice in the good stuff and have a great holiday season!

P.S. Don’t forget to check out our film, Rethinking Cancer, now streaming on iTunes in North America, UK, Ireland, British Virgin Islands, Hong Kong, Taiwan, Thailand, France, Belgium, Luxembourg, Spain, and more coming soon. Spread the word! FACT is a non-profit, so your support makes it all possible. Thanks so much and do join us on Twitter, Facebook and our YouTube channel!

Why Dirt Makes Us Happy

For centuries people have been finding solace and joy futzing around in their gardens. Now, in the 21st Century, science has figured out why.

Researchers have long theorized that the sharp rise in autoimmune conditions, like asthma and allergies, could stem from living too clean (the “hygiene hypothesis”). The idea is that routine exposure to harmless microorganisms in the environment, like soil bacteria, strengthens our immune system and trains it to ignore benign molecules like pollen or hairs on a neighbor’s cat. A series of studies reported in Neuroscience took this hypothesis a step further by treating depression with a specific soil bacterium, Mycobacterium vaccae. They found, for example, that lung cancer patients injected with killed M. vaccae reported better quality of life and less nausea and pain. The injections also eased skin allergies in other patients. Additional studies have shown promise with M. vaccae in improving cognitive function, Crohn’s disease and even rheumatoid arthritis. READ MORE 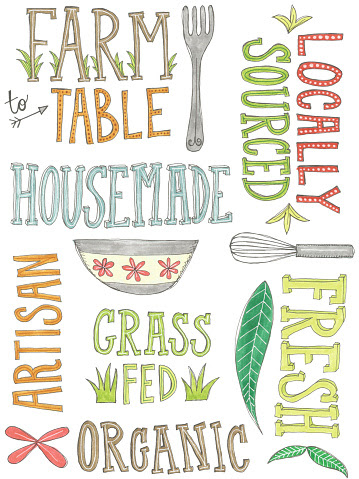 What Do Those Food Labels Mean?

Nowadays, trendy restaurants and food stores know that customers are partial to foods that are healthier for humans and the environment than the typical “factory” fare.  So, perhaps you’ve noticed that more and more menus are adorned with terms like “grass-fed” or “pasture-raised” steak, “organic” seafood, “free-range” chicken. These labels sound nice, but what do they really mean? Here are some common terms you might encounter and what you might want to read between the lines: READ MORE

Now that medical marijuana (cannabis sativa) is legal in 29 U.S. states and the District of Columbia, perhaps it’s not surprising that humans are not the only ones experiencing the therapeutic virtues of this age-old plant.

Animal lovers who may or may not partake of marijuana themselves, are turning to cannabis-based products to alleviate a host of their pets’ maladies, including seizures, inflammation, anxiety and pain, arthritis, loss of appetite and nausea – and they are reporting impressive results. Moreover, the treatments are being used not only for cats and dogs, but also pigs, horses, and domesticated wild animals. READ MORE

Bake at 350 F. about 16-20 minutes – until golden brown. To store, place in a jar or other container with a few pieces of orange or lemon peel to keep fresh, though chances are these cookies won’t be stored for long!

*Great thanks to Eileen B. and daughter, Melissa, on Long Island, NY, for sending us this delicious holiday recipe!